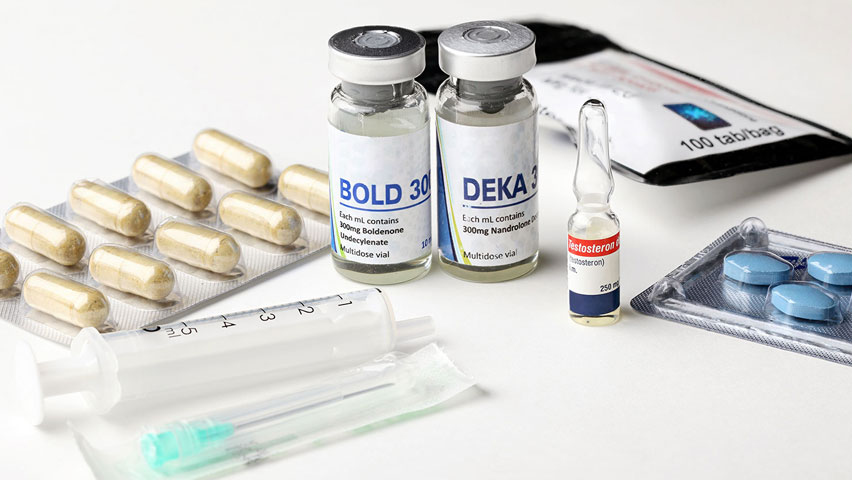 Anabolic steroids are drugs that have an effect similar to testosterone in the body, increasing muscle mass and blocking the effects of stress hormones which can break down muscle tissue. Additional effects stemming from the increase in muscle mass are increased appetite, bone remodeling and growth, and increase in red blood cell production. Extended use also has androgenic effects, or impact on male characteristics such as pubertal growth, changes in voice, increased libido, suppression of natural sex hormones, impaired production of sperm, andin womendecreased breast size. In cases of extended use, some of these changes may become permanent. There are a great number of individual steroids and variations, including androstendiol, bolasterone, furazabol, lethandriol, nandralone, testosterone, prasterone and many others.


Anabolic steroids are abused for specific body and performance enhancement purposes, rather than as recreational drugs. They are often taken by individuals in high-performance, high-stress, or high-competition situations, such as bodybuilding and sports. Some even consider its use a problem in law enforcement. Legislative bodies as well as sports regulatory bodies have taken steps to ban, detect and control the use of steroids. Prolonged steroid abuse has been named as contributing to aggressive and violent episodes and crime, due to the increased aggression resulting from some abuse. Abuse can be harder to detect than with recreational drugs, since the effects are often and exaggeration or acceleration of normal body development. For this reason, sports organizations often enforce regular testing to detect abusers. Administration of steroids is by pill, injection into muscle, or gels and creams rubbed into the skin.

Varies greatly, depending on what substances are taken and at what level. The window can vary from 2-1 days at the low end to 1-2 moths at the high end. Test panels usually test for a wide range of steroids and their metabolites in order to increase the chances of successful detection. They also use laboratory confirmation for increased accuracy. Oral ingestion is generally detectable up to 3 weeks. If injected, detection may be possible for several months.